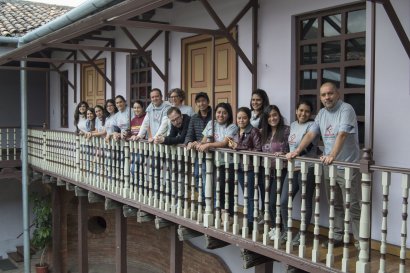 The ILUCIDARE team will move to southern Ecuador for three coaching sessions in Cuenca and Susudel. These sessions are focused on promoting heritage as a resource for innovation and international cooperation through a diversity of activities.

The work will take place in the three learning hubs defined by ILUCIDARE partner University of Cuenca: Susudel, El Vado district and Las Herrerías Street. In the three areas, each with its own particularities, the common objective is to sustain the ongoing participatory management systems. Preliminary workshops with local actors have been developed on December 20th and 21th, 2018 as to recollect the initiatives previously developed, to assess the capacities present at local level, to understand local needs; as well as to identify relevant issues for capacity building in 2020.
As from these brainstorming of ideas, the coaching sessions to take place  7 – 10 December, will be the opportunity to count with the vision of ILUCIDARE external team members and to reach consensus on future capacity building initiatives.

Cultural heritage-led social economy through community project management
Saturday December 7th in Susudel
In this area, the Casa Hacienda project has been developed under the conception of contemporary architecture as an alternative construction more committed to the territory and that adapts to the real needs of the people who inhabit it in terms of culture, identity, economy, welfare and environment. In this sense, based on a participatory architectural program already developed, ILUCIDARE can support the establishment of a project management system based on social cohesion.

Diplomatic cultural heritage-led strategies to sustain gardens project
Monday December 9th (AM) in El Vado District
This project seeks to activate the cultural heritage of the city of Cuenca through the use of spaces with an environmental vocation and to strengthen collaborative development networks. It is intended that through the ILUCIDARE project, a continuity to the processes initiated by the University of Cuenca with the project Huertas de la Buena Vida (Orchards of the Good Life) will be promoted among diverse stakeholders.

Participatory digital tools for preventive conservation
Monday December 9th (PM) in Las Herrerías Street
After the maintenance campaign of 20 houses in this area and, with a view to future maintenance campaigns, it is intended that through the ILUCIDARE project the participation processes is reinforced through the use of digital tools, which could be a sustainability factor in preventive conservation processes. 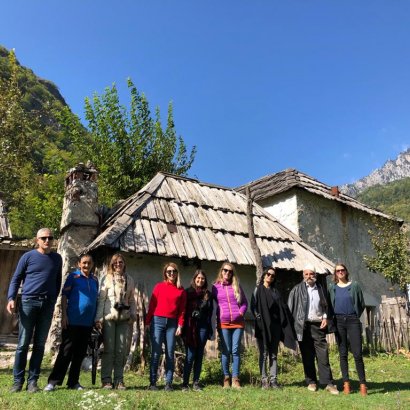 Susudel's 'Mercadito': A rural initiative from the Ecuadorian Andes for the reactivation of public space