ILUCIDARE Playground Ecuador, a place for the re-creation of cultural heritage November 19, 2021 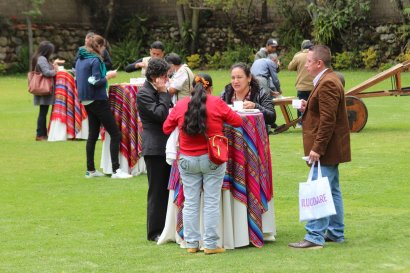 Under the title "a space for re-creation of cultural heritage", this Playground was conceived as an innovative space for dialogue to discuss new ways of imagining heritage through capacity building and training initiatives. By Andrea Jara and Maria Eugenia Siguencia (Universidad de Cuenca).

This theme was selected due to the main role of the University of Cuenca - as ILUCIDARE's partner in Ecuador - which has been the creation and strengthening of capacities within local communities in urban and rural areas.

Thus, this meeting was attended directly by members of the "living laboratories" or urban and rural areas of El Vado neighbourhood and El Vado respectively, as well as experts involved in capacity building initiatives at local, national and international level. In addition, international ILUCIDARE consortium members, as well as local and national authorities were gathered in Cuenca.

The event launched with the intervention of Fausto Cardoso (UCuenca) who welcomed all attendees and highlighted the opportunity that this space opens up for knowledge exchange. Jimena Quijano (ILUCIDARE - KULeuven) drew attention to the possibility of creating and/or expanding networks among the participants.

Aziliz Vandesande, scientific coordinator of ILUCIDARE (KULeuven) shared the advances of the ILUCIDARE project developed in different parts of the world. Some of these activities include co-creation workshops, capacity building, promotion of heritage as a resource for innovation and international cooperation.

Subsequently, María Eugenia Sigüencia (UCuenca) presented the capacity building sessions carried out by ILUCIDARE in its Chapter Ecuador. This process began with the so-called coaching sessions in December 2019, and after a rescheduling due to the pandemic, the capacity building was developed in monthly meetings along 2021. In two areas or "living laboratories", one urban and one rural, with the participation of motivated community groups called "motor groups", knowledge was consolidated and exchanged with local, national and international trainers.

The first panel, moderated by Alicia Tenze (UCuenca), explored the results of the local training process supported by the ILUCIDARE Project and counted with the participation of the "engine groups" of the Southern Andes of Ecuador: the El Vado neighbourhood in Cuenca and the Susudel Parish in Oña.

The debate focused on the experience of the panellists throughout the capacity building process that began in 2019 with the so-called Coaching Sessions, in which the communities themselves identified the priority issues on which training was needed. The panel also reflected on the steps to be taken to ensure that the local processes in both areas continue in a sustained way over time and on how to maintain the urban-rural relationship that has been created.

The second panel moderated by Gabriela García (UCuenca), dealt with external experiences in which different methods for training in communities or organised groups, their objectives, methods and results were shown.

A group of national and international experts who have been part of diverse training processes with different purposes participated in this space. The panellists from different disciplines reflected on participatory strategies to involve communities in training practices and how these processes become fundamental for the communities’ development. Thus, they reflected on how experiences brought from tourism, social participation and archaeology can be inspiring due to their potential use as a resource for innovation based on cultural heritage.

Pablo Longoria (ILUCIDARE - World Monuments Fund – WMF-) shared the work of the World Monuments Fund, an international non-profit organisation that has been working since 1965 on issues related to heritage conservation, addressing global challenges such as: unbalanced tourism, unrepresented heritage and climate change.

During this presentation, it was stated that as part of the ILUCIDARE Project, WMF is also responsible for developing capacity building. For its part, five training courses have been established in countries outside the European Union, highlighting the importance of a multidisciplinary group for the conservation and management of monuments and heritage sites.

The afternoon programme included the so-called "horizontal dialogues", an activity to promote debate, networking, international exchange and innovation. This was done through direct interaction between experts, authorities, academics, members of local and national institutions and citizens committed to heritage protection around a common table.

For this purpose, 7 tables were organised with representatives from: KULeuven, IMEC, KEA, World Monuments Fund, Cultural Heritage Without Borders (CHwB), Community Museums of Costa Rica and the Community of Agua Blanca. The 50 attendees of the event were organised into 7 groups and went around the room talking to each of the tables for a maximum of 10 minutes, during which they were able to exchange ideas about their own capacities and experiences on what they consider their heritage.

Charles-Michel Geurts, ambassador of the Delegation of the European Union in Ecuador,  connected virtually to greet the attendees. He pointed out the importance of the European Union's research programme to strengthen the commitment in the bilateral relationship between Member States and partner countries such as Ecuador, through cooperation between universities and research centres. He also underlined the participation of the University of Cuenca as one of the 8 consortium members of the international ILUCIDARE project and the only representative from Latin America.

To close the event, the members of the Susudel and El Vado living laboratories' engine groups as well as the local trainers were recognised with a certificate for their participation during the ILUCIDARE capacity building sessions between January and November 2021.

In addition, the manual "Do It Yourself: Compost, gardens and market" was presented. This diffusion material contains construction processes of removable structures in Susudel, the gardens and the multisensory tunnel in the Hogar Miguel León in Cuenca, as well as the elaboration of compost in urban and rural areas. This manual, designed by Jirafica fábrica de cuentos, is a result of the practical training process in the communities in Ecuador, and was handed out to all attendees. Additionally, the six postcards that explain the definitions of ILUCIDARE's work on heritage-led innovation and international relations in their Spanish version were also disseminated.

Finally, Koen Van Balen (KULeuven) thanked all the attendees and organisers of the event for their commitment and active participation in this and all the meetings and capacity building process initiated in 2019 with the support of ILUCIDARE.

At the end of the event, attendees enjoyed a performance by the Runa Pacha Project from Saraguro in Ecuador. This musical proposal of local talent presented their work as an instrumentalist transmitting the message of the peoples’ history through music. This included instruments such as: violin, quena, zampaña, charango, guitar, Andean winds and percussion. 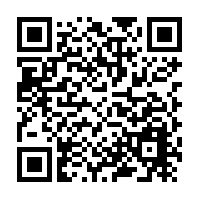 Spanish version of this article: https://www.ciudadpatrimoniomundial.com/resultados-ilucidare-playground/

QR Spanish version of this article: 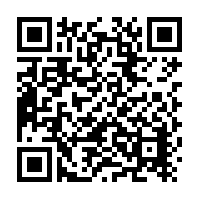