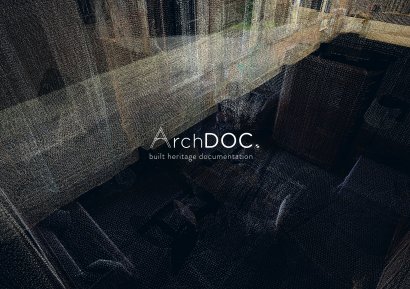 From sharing experiences among international experts and practitioners to new working priorities to improve current practice and research.

Check out the full programme

ArchDOC is a yearly workshop part of the course Built Heritage Documentation which is taught in the Advanced Master of Science in Conservation of Monuments and Sites at the Faculty of Engineering Science of the University of Leuven in Belgium. The workshop is a learning partnership with several EU and international experts, and is endorsed by The ICOMOS/ISPRS Scientific Committee on Heritage Documentation (CIPA).

In short, ArchDOC is a one-week intensive workshop that provides both a theoretical and hands-on introduction to the highly specialised subject of built heritage documentation. Students who take part in this course, gain knowledge and experience in the utility and limits of a variety of surveying and 3D documentation techniques. The workshop focuses on documenting the reality of existing buildings and built heritage sites, which are characterised by complex geometries, different layers of interventions and changes in constructive systems.

2021 marked the 20th edition of ArchDOC, with 20 post-initial master students from 10 countries who embarked on a one-week intensive built heritage documentation workshop. This workshop was supported and guided by expert instructors from the Faculty of Engineering Science of the University of Leuven and Carleton Immersive Media Studio and the Department of Civil and Environmental Engineering at Carleton University, as well as the Politecnico di Milano, the Politecnico di Torino, the National Technical University of Athens, the Université de Liège, Erfgoed Leiden en Omstreken, Bill Blake Heritage Documentation, and the Public Works and Government Services Canada.

To celebrate the 20th anniversary of ArchDOC, an international expert Autumn School on Built Heritage Documentation was organised in parallel. The main aim was to adapt the tested and validated ArchDOC workshop into an innovative capacity building model that brings together international collaboration and very practice-oriented ateliers on built heritage documentation.

This Autumn School was organised by ILUCIDARE, which is a 3-year EU-funded Horizon 2020 project that builds international connections for heritage led-innovation. The project is led by the University of Leuven (Belgium) and brings together 8 international partners.

The event brought together 25 professionals from all over the world, who are experienced in built heritage documentation and had the opportunity to share their work among peers and part-take in tech demos to test the performance of different state-of-the-art tools and techniques in documentation.

During the week of 25-29 October, the wide variety of experts and professionals from all over the world met in the Abbey of Park, a Norbertine abbey located just southeast of the city of Leuven. The buildings have a sixteenth to eighteenth century appearance, but the layout and landscaping of the abbey date back to medieval times. Officially, Park Abbey was founded in 1129 by the Duke of Brabant, Godfrey, surnamed "the Bearded". The Abbey of Park is one of the best-preserved monastic ensembles in Belgium; its complex building chronology shows a fascinating succession of construction, transformation and restoration phases from the thirteenth century to the present. In 2003, the abbey grounds were let to the city of Leuven on a long lease (the Park Abbey Museum).

DAY 1 | Reconnaissance of the topic and the site

The first day of the Autumn School on Built Heritage Documentation served as a reconnaissance day. The event was kicked off by a guided tour to the Abbey of Park site and the vaulting system of the Saint John Evangelist church by Thomas Coomans (University of Leuven).

Next to a “tour de table” and presentation about the main expectations and outputs throughout the week, the main activity was a visit and discussion with the participants of the ArchDOC workshop - which took place in parallel.

The 20 post-initial master students of the ArchDOC workshop focussed on documenting the vaulting system and roof trusses of the choir and nave of the Saint John Evangelist church, as well as the spiral staircase which give access to the organ tribune of the church.

During their intensive ArchDOC workshop, the students were tasked with:

An important take-away was that understanding the utility of specific technologies and software can only be gained by practice, but the same goes for understanding the context, connections and construction history of building components.

The next days of the Autumn School were organised in a similar format, but dedicated each day to a different topic.

The format consisted of morning Ateliers during which 4-5 case studies were presented in a very informal, question oriented atmosphere.

The afternoons consisted of hands-on workshops to allow not only exchanges on practices but also to share the main problems encountered in day-to-day practices and consolidate solutions and new working priorities related to the different topics addressed in the Autumn school. The afternoon workshops were combined with tech-demos relevant to the specific topics tackled and guided by the Experience Map methodology developed in the ILUCIDARE project, in collaboration with its partner IMEC.

Following is a recap of the different topics discussed each day, the full programme with speakers, moderators and hands-on workshops can be found online.

The topic was chosen as ample studies have been published so far on image-based modelling software analysing their performance, accuracy in 3D production, used algorithms, and scalability. A few of them also discuss workflows. However, it is rare to find studies on either best practices or optimised workflows, which can be adopted by the general public to create 3D models easily and free or at little cost.

This becomes especially relevant as today, using off-the-shelf cameras with high accuracy has made the close-range photogrammetric process much easier and more cost-effective to produce rectified photos, orthophotos, and 3D point clouds.

During the afternoon hands-on workshop the Autumn School participants were divided into 3 groups, which were tasked to collaborate and make a photogrammetric model of a detail of the vaulting system and roof trusses of the Saint John Evangelist church. Thereby, each group took on a specific challenge, ranging from a detailed structural element (connection between the tie beam, the knee and the arch), an area with evident light contrast (dormer window) and an area with difficult accessibility (upper portal frame). In between the on-site work and consolidation of the Experience Map, a Drone-UAV tech demo was organised by the Belgian Building Research Institute.

New technologies have emerged in both the public and private sectors initiating research for new methods in data acquisition, such as terrestrial laser scanning and mobile or simultaneous localization and mapping (SLAM).  And although laser scanners have been proven to provide high-performance reality capture in in- and outdoor environments, there is still a clear knowledge gap between the theory of laser scanning and identifying the required point cloud data quality for specific applications. During the last 2 decades of research on the applications of point cloud data, less than 9% of the literature focuses on building renovations and heritage buildings despite the need for point cloud data of existing buildings for the purposes of building renovation, retrofit, and refurbishment.

There is still a clear knowledge gap between the theory of laser scanning and its application for construction mapping due to technical limitations on portability and site constraints, and the cost of high-performance 3D laser scanners. But above all, there is still a lack of a comprehensive framework that could assist built heritage (and environment) professionals during various lifecycles of a project in how to properly acquire and process point cloud data to fulfil the needs of their intended applications.

During the afternoon hands-on workshop the Autumn School participants were divided into three groups, each of which was tasked with making a hypothetical survey scenario and offer of specific components of the Saint John Evangelist church and larger Abbey of Park site. The focus herewith was on integrating laser scanning data with other survey technologies, taking into account a given timeframe and explaining the step-by-step process.

In between the on-site work and consolidation of the Experience Map, a comparative tech demo was organised that showcased 3 different SLAM devices currently available on the market and their potential for built heritage documentation.

The final topic was selected as current research on built heritage documentation often speaks of information as something that just needs to be processed so that it can be meaningfully used. However, both from a scientific and practical point of view, there are often issues in understanding the architectural quality, scale or materials from documentation data, and even 2D drawings and 3D models.

While there are several documentation standards and guidelines for existing and heritage buildings which describe data acquisition and processing of data for 2D drawings and 3D information models - there is still a lack of communication standards.

Clear protocols and criteria on how documentation data can be communicated and abstracted in a meaningful way so that a wide range of stakeholders can use them for building renovation and built heritage applications (e.g. repair and maintenance, conservation-restoration projects, stability analysis, research, dissemination and visualisation) will be important in the years to come.

During the afternoon hands-on workshop, the Autumn School participants were divided into 4 groups and paired with one hypothetical “client”, an architectural office in Belgium. The offices represented during the Autumn School were Barbara Van der Wee Architects, PERSPECTIV architecten, Erfgoed & Visie and Bressers Architecten.  Each of the representatives of the architectural offices presented a built heritage case study they are or have worked on, with activities ranging from e.g. repair and maintenance, conservation-restoration projects, stability analysis, research, dissemination and visualization.

The expert participants of the Autumn School and the “client” jointly made an experience map. This is a visualisation of how a client experiences the documentation process of their case study in time (from the first meeting with the documentation professionals, to the delivery of the products, to their use in the restoration project). The process will be visualised on the experience map by defining the different steps in the process, and linking them to touchpoints, frustrations and delights.

To reflect on the lessons learned during the variety of ateliers and workshops, a study visit was organised on the final day of the Autumn School. The visit was organised by the University of Leuven’s Materials and Constructions Division and the WTA-Nederland-Vlaanderen, the International Association for Science and Technology of Building Maintenance and Monuments Preservation.

The focus of the study visit was the Saint Jacobs church, which is one of the five medieval parish churches of Leuven, located in the west of the city about 500 meters outside the first city wall. It is an east-west oriented cruciform church with a west tower, a three-aisled basilica nave, a wide transept and a single-aisle choir. Stability issues led to the closure of the church building in 1963, which has since undergone major structural works. The linkages between documentation and restoration works were highlighted during a series of on-site presentations by Studio Roma, the City of Leuven and Triconsult NV who were in charge of the recent stability works.

What did we learn and What’s next?

This article already gives a first idea about what topics in the current research and practice of built heritage documentation have can be improved.

Based on all the rich and eye-opening exchanges on reoccurring problems in day-to-day practices and the jointly consolidated solutions, we are now working on clear working priorities. This is done in collaboration with and feedback from a variety of experts and professionals who attended the Autumn School on Built Heritage Documentation.

We will present and discuss these working priorities and lessons during the next ILUCIDARE Playground, which will take place in Brussel during the second half of April 2022! 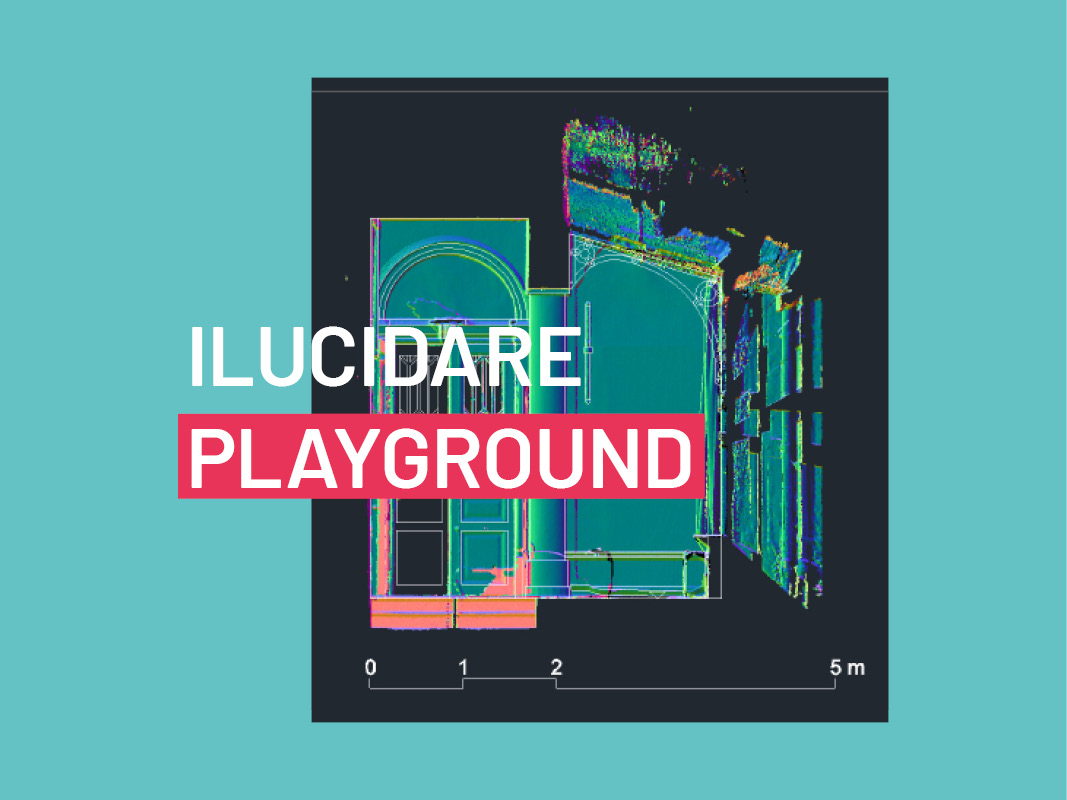 The results will also be published online and integrated with a publication on the origin, methods and - most importantly - lessons learned during 20 years of ArchDOC and teaching built heritage documentation in an international and interdisciplinary environment. This publication is expected in 2022 and will be published by Taylor&Francis.