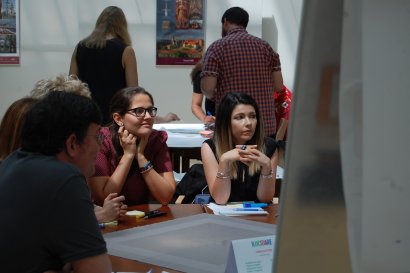 Through the ILUCIDARE focus group and co-creation atelier (10-11 June, 2019) we wanted to gather together experts, both from the research and practice fields, for a discussion and knowledge exchange related to the initial findings of our research on heritage-led innovations and diplomacy in Europe.

This was the first opportunity for the project’s consortium to meet with external specialists and hear their suggestions and recommendations on the ILUCIDARE project progress. Moreover, the meeting was designed as a step in-between the research and more practice-oriented phases, with the focus group having a goal of collecting inputs and filling the knowledge gaps on topics, trends, barriers related to heritage-led innovation and diplomacy; whereas, the co-creation atelier was focused on starting the debate on how to put all that knowledge into practice in a user-friendly and useful publication, such as a handbook. The whole process was an important part of building the ILUCIDARE international network on heritage-led innovation and diplomacy.

The focus group was attended by experts coming from the worlds of academia, business and NGOs with an aim to reflect on the basic definitions prepared by the ILUCIDARE team, to share show-cases of implemented heritage-led innovation and diplomacy projects as well as their ideas on how to evaluate these specific initiatives. Among the learning points worth quoting are the varied approaches to the definitions of innovation and heritage-led diplomacy, importance of both market-based business models and methods as well as bottom-up social structures that support the rise of innovation, and the dilemma of bringing positive (and to some extent disruptive) change through preservation of old buildings, practices, habits and norms.

On the next day, Daniella Petrelli’s ignite speech kicked-off the co-creation atelier exploring the possible links between heritage, technology and design. Participants then engaged in a lively presentation of the EUROPEANA Impact Playbook by Julia Fallon Senior Policy Advisor at Europeana Foundation, used as a best-practice example helpful to develop ILUCIDARE’s own publications. 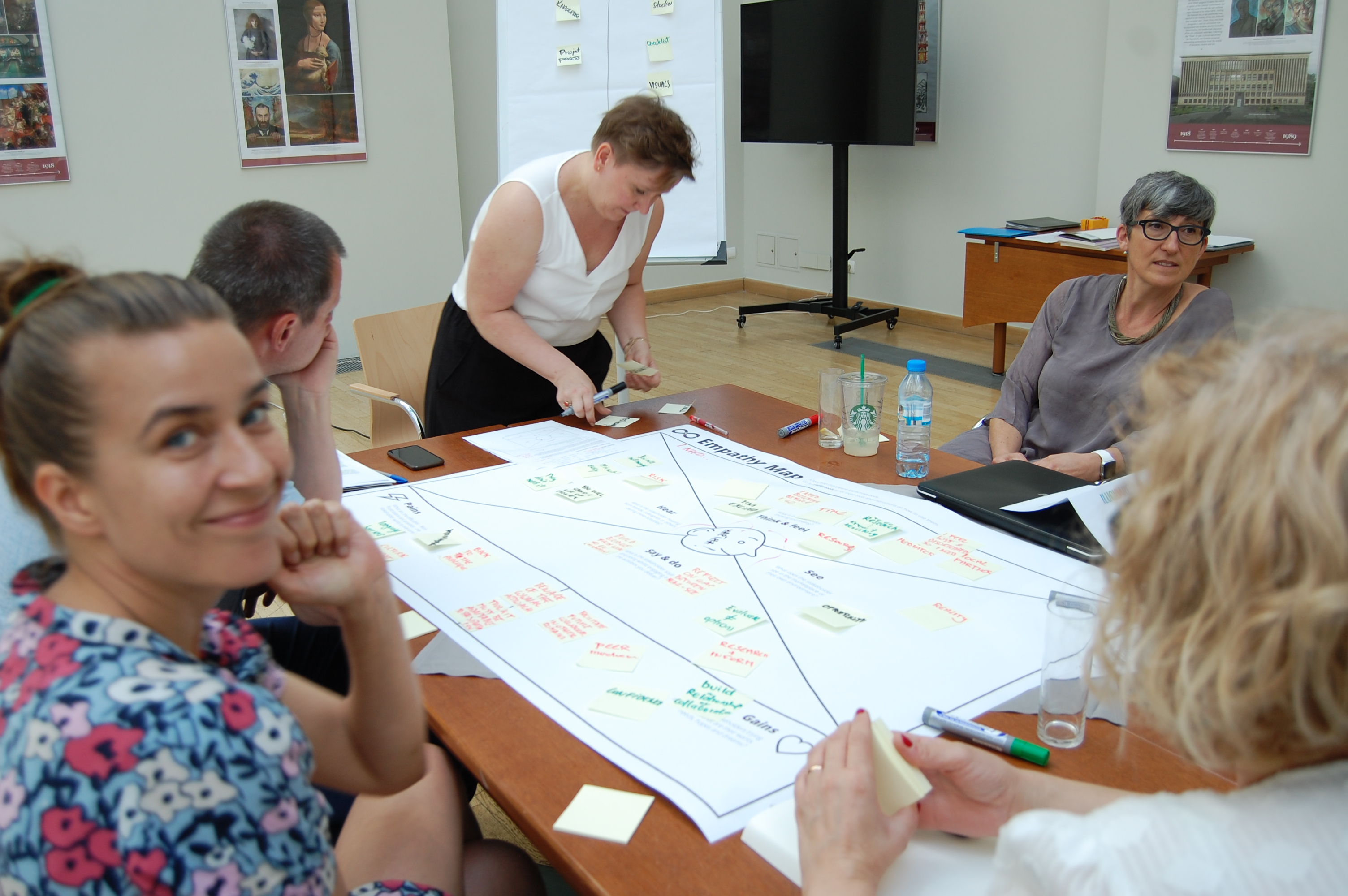 Using the methods of the EUROPEANA Impact Playbook, participants were invited to map possible users of ILUCIDARE’s future handbooks and to brainstorm on formats and tools to design such publications in a user-centric way. It was interesting to learn that, in the opinion of both the consortium and invited experts that made up the co-creation atelier group, resources should be created in close collaboration with a UX expert and graphic designer, be available both digitally and in a paper versions and they must include examples of case studies, practical knowledge sharing (testimonials, interviews), visual materials (storyboards, flowcharts).
To conclude the day, the ICC hosting team led the group through the streets of Krakow’s Kazimierz quarter for a study visit to the office of the Jewish Culture Festival – an example of both heritage innovation and international cultural relations.

The knowledge gathered during the meeting is going to be subsequently used in designing the second set of focus group and co-creation atelier to be organised in November 2019 in Brussels and in the further work on the final products of the ILUCIDARE project – the publications.

Activity
The focus group will discuss and fill in the gaps in the ILUCIDARE research team’s knowledge of the heritage-led innovations and heritage diplomacy. The co-creation atelier will focus group discussions, to select and co-design appropriate methodologies for the ILUCIDARE’s main deliverables.
Resource

Impact assessment is a fast-growing field that generates a lot of interest. But it can come across as a daunting and complex topic. We have developed this playbook to take you by the hand, introduce you to the language, and help you make some strategic choices.