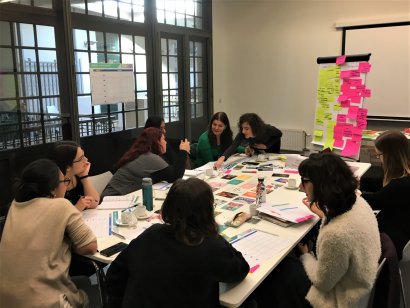 On November 19th, 2019, in 2 focus groups and 8 co-creation ateliers took place in Les Ateliers des Tanneurs in Brussels. The ultimate goal of these events was to further develop and co-create our knowledge on heritage-led innovation and how it can contribute to better international relations.

The aim was also to build on the specific objective of turn the scientific results into an end-user handbook with well-defined concepts and enablers to implement projects.
These events brought together the ILUCIDARE consortium members, experts and practitioners from West, North and South Europe as well as international guests of the ILUCIDARE Playground, to discuss and co-create in a dynamic and interactive way. In particular, we closely collaborated with the Horizon 2020 project ECHOES so their research would nourish the outputs in terms of heritage-led diplomacy. 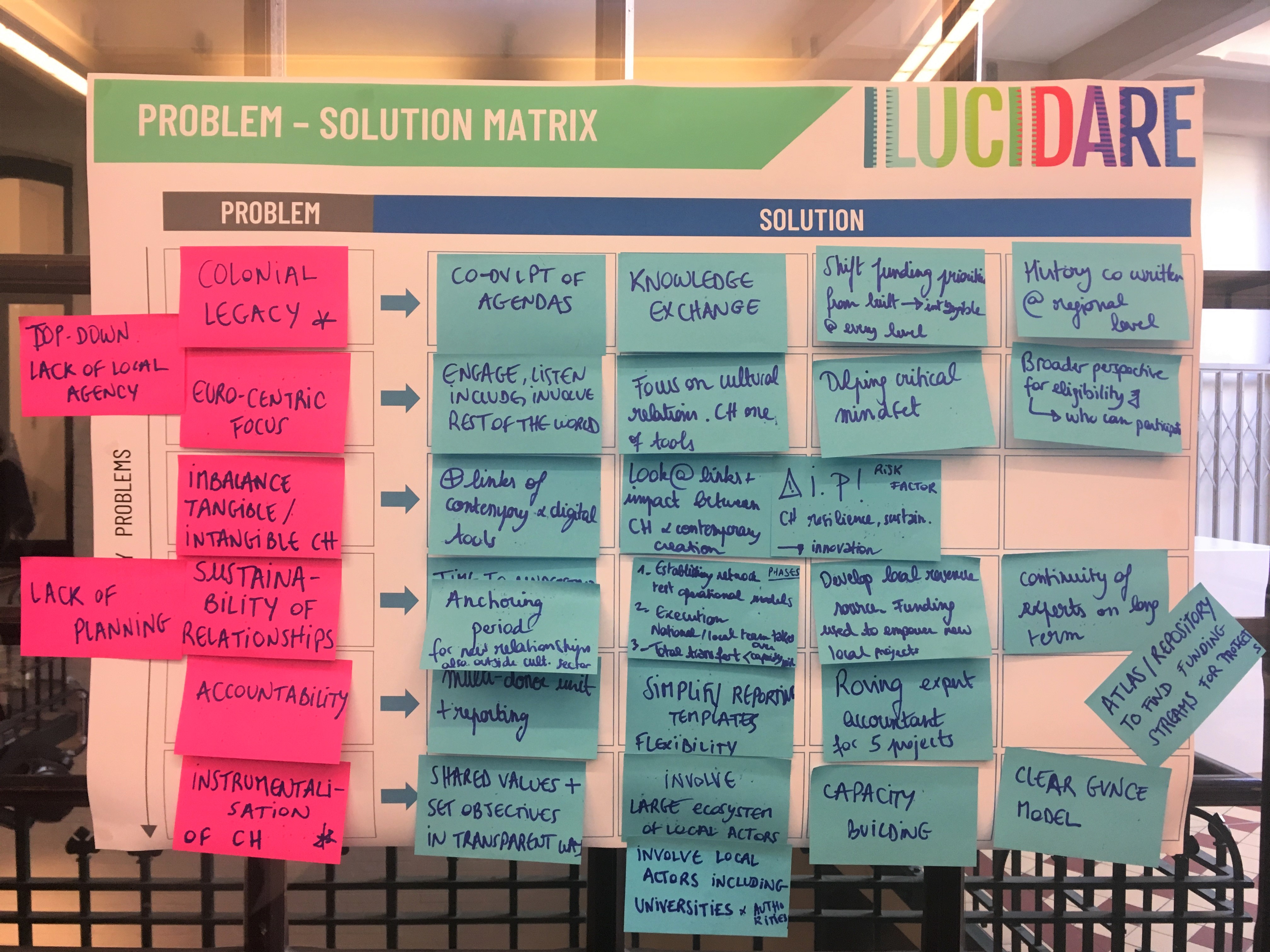 Participants in the focus group dedicated to heritage-led innovation highlighted the need of a multidisciplinary approach to unlock the potential of heritage and integrate it in the SDGs.

“A good learning opportunity, to get different perspectives and from different professions.”
“I prove for myself that we think the same thing, and we are on the right path: questioning big problems in heritage even in a small company.”

Meanwhile, the participants of the heritage-led diplomacy focus group underlined the need to downscale diplomacy to participatory level and approach diplomacy as a methodology applicable at local, national and international levels.

“It feels good to see that they are not the only one experiencing these barriers, that others have the same.”
“Everyone participated instead of a one-way communication. It was helpful to downscale diplomacy to a participatory level.”

After the focus groups, the co-creation ateliers took place in two identical rounds around 4 conversation lines: 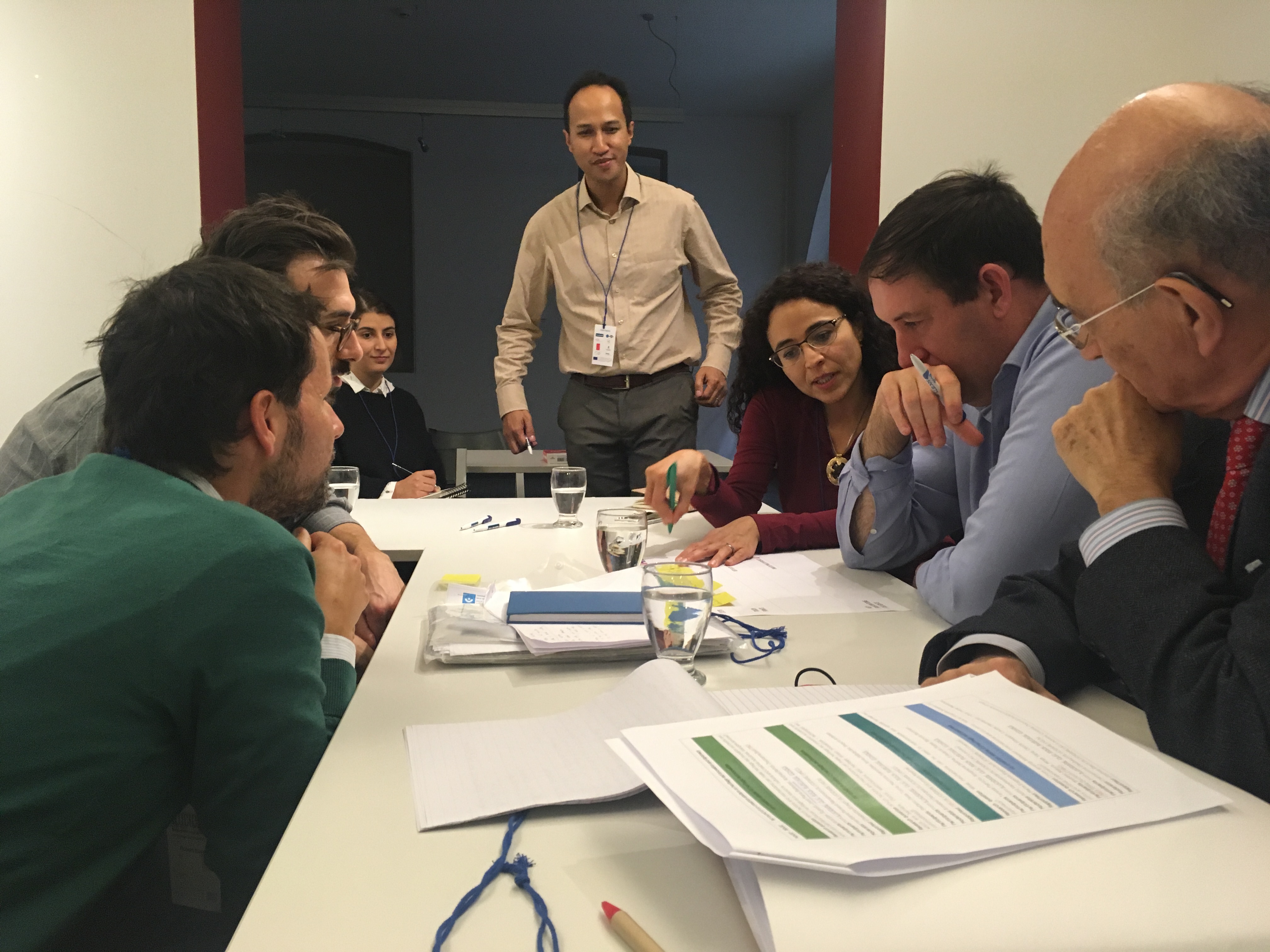 A detailed report of all focus groups and co-creation ateliers which took place as part of ILUCIDARE in available in the Resources section (check below)!

Activity
The focus group will discuss and fill in the gaps in the ILUCIDARE research team’s knowledge of the heritage-led innovations and heritage diplomacy. The co-creation atelier will focus group discussions, to select and co-design appropriate methodologies for the ILUCIDARE’s main deliverables.
Activity

Explore the multifaceted contribution heritage makes to sustainable and inclusive societies to tackle societal challenges through innovation and to engage in multicultural dialogue.