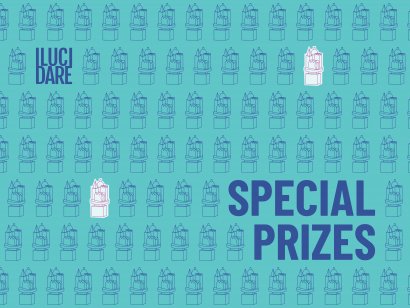 We are delighted to present the shortlisted projects for the 2021 edition of the ILUCIDARE Special Prizes, awarded within the European Heritage Awards / Europa Nostra Awards! These projects are compelling demonstrations of heritage-led innovation and international relations.

The nine shortlisted projects were undertaken by heritage practitioners from eight countries in Europe and beyond. Although the areas and range of their activities are diverse, they all show how heritage has the potential to create meaningful links across countries and communities and to develop exciting new solutions and spur social change.

From 2015 to 2019, the Horta Museum, located in Victor Horta’s UNESCO World Heritage former house and studio in Brussels, nurtured a fruitful educational collaboration with Laboratoire Alice (Laboratoire d’Informatique pour la Conception et l’Image en Architecture) at the La Cambre-Horta Faculty of Architecture of the Université Libre de Bruxelles, which led to the creation of a partial 3D reconstruction of the Maison du Peuple, one of the most influential Art Nouveau buildings in Belgium and a most notable design of Belgian architect Victor Horta, which was sadly demolished in 1965.

The Jury in particular praises the project’s innovative approach towards an accessible database: “The partial 3D reconstruction of the Maison du People portrays an interesting use of technology to understand Horta’s vision, contemporary building techniques and architectural values. The project has a rich network and the database is supported by accurate research, which can easily be browsed and understood by a variety of audiences, from specialists to enthusiasts or curious people.”

The restoration of the remarkable carved façade of the Basilica of Santa Croce is based on an innovative selection process of treatments and techniques, which was widely disseminated to experts as well as the larger public and visitors through a variety of tailored activities. The project was a collaboration between the Superintendence of Archaeology, Fine Arts and Landscape of Brindisi and Lecce and the Archdiocese of Lecce, the owner of the church. The restoration work was carried out by Nicolì S.p.A., Lequile (LE) and financed by the EU through the Puglia Region via the Fund for Development and Cohesion 2007-2013 and by the Italian Ministry of Culture.

The Jury noted that “there has been strong involvement of the local community with the process of the restoration being communicated and explained to the community. The solutions adopted in this regard respond to the particular environment of the site and is an inspiring good practice example that is replicable in other locations”

The HAP4MARBLE project has developed a new treatment for the conservation of marble artworks in order to tackle the main weathering processes affecting marble heritage objects and architecture. HAP4MARBLE created a multi-disciplinary environment, which combines materials science, biomaterials, micro-mechanics and petrophysics with cultural heritage conservation to synthesise hydroxyapatite (HAP), the mineral which constitutes human teeth and bones, over the surface and inside of marble artworks to fight these weathering processes. The project was funded by the European Commission through an individual high-level training-through-research fellowship under the Marie Skłodowska-Curie Actions, involving the University of Bologna, Princeton University and the University of Göttingen.

“The technique is replicable and is being tested on a large scale in various locations. There has also been a positive social impact from this project with outreach being undertaken to communities and stakeholders outside of the research community”, the Jury stated.

AP Valletta is a research-based architectural and design firm which has been providing architectural-engineering, restoration and interior design services for a period of 30 years. AP Valletta has convincingly embraced the historical environment of Valletta as an important part of the fabric of the firm’s identity. Their products and interventions are based on thorough research and seek creative solutions for the problems at hand, always with an eye for the appreciation and valorisation of public space, heritage value and contemporary contribution to the wellbeing and the cultural life of local communities.

The Jury appreciated AP Valletta’s dynamic perspective on heritage: “Its work is rooted in the theoretical principle that heritage is not static but rather in constant evolution. The firm has made Valletta into their living lab for testing new heritage ideas.”

The Northern Lebanon Project (NoLeP) is an archaeological research project that investigates an area of about 100 km2 in Koura, a region located near the modern city of Tripoli. To achieve NoLeP’s targets, a joint Italian - Lebanese multidisciplinary team was formed between the University of Udine and the Lebanese University - 3rd Branch, with the participation of the General Directorate of Lebanese Antiquities (DGA) and the Institut français du Proche-Orient (IFPO) in Beirut. Financial support was provided by the University of Udine, the Italian Ministry of Foreign Affairs and International Cooperation and the NGO COSV.

“This is a good example of the positive effects of heritage-led international collaborations in a country facing many challenges, not only related to the heritage itself. The project has engaged local inhabitants, raised awareness of this heritage, and allowed exchanges between local communities and international experts”, the Jury stated.

Friends of Bryggen and the Bryggen Foundation, Bergen, Norway

In 1962, the Friends of Bryggen and the Bryggen Foundation were founded to protect the remaining wooden buildings in a historic harbour district of Bergen. Today, the Friends of Bryggen is an active disseminator of Hanseatic trade history in and outside of Norway, and with the support of EU-funding for cross-border cooperation, contributes to reviving age-old inter-European ties and intercultural relations through heritage.

The Jury highlights the associations’ role in exchanging knowledge and experience, at home and overseas: “Both the Bryggen Foundation and Friends of Bryggen constantly aim to demonstrate the importance of restoration and preservation by showcasing their work to international visitors of Bergen and exchanging knowledge with different European cultural heritage groups during their travels to establish contacts abroad, mainly among the earlier Hansa Bond cities but also beyond. These efforts have resulted in the establishment of numerous partnerships with many other countries. They are a marvellous example for other wooden built areas.”

Preservation of the Wine Cellars of Negotinska Krajina, Serbia

This conservation project focuses on the restoration of pivnice, the vernacular architecture of wine cellars that are found in the Negotin Frontier area of Serbia. Since 2010, a long-term partnership was established between the Institute for the Protection of Cultural Monuments of Serbia with Cultural Heritage without Borders (CHwB) Sweden’s office in Tirana, Albania (later CHwB Albania) to join forces and start reconstructing the cellars through annual Regional Restoration Camps. In 2018, the international project Summer Schools of Architecture by Grupa arhitekata commenced, bringing experts and participants from all over the world to work at the pivnice.

“This project has engaged experts and students from multiple disciplines, from the Balkans and many other countries. These educational camps help in the restoration of the cellars, but have also allowed an important transmission and exchange of crafts skills at both local and international level”, the Jury highlighted.

Leather Painting Restoration in the Hall of the Kings of the Alhambra, Spain

The unique collection of leather wall paintings that decorate the vaults of the Hall of the Kings of the Palace of the Alhambra have been carefully restored thanks to fruitful international collaboration: the restoration work managed by the Andalusian Historical Heritage Institute (IAPH) and the Alhambra and Generalife Council included the participation of the National Center for Scientific Research in Paris together with Pablo de Olavide University and the University of Seville. The restoration experts of the Alhambra and Generalife Council and IAPH staff exchanged technical knowledge with the Italian Conservation and Research Institute in Rome, the Biological Research Laboratory of the Italian Central Research Institute and the Royal Institute for Cultural Heritage in Belgium.

“This remarkable heritage has an international significance due to the context of rich historic intercultural exchanges in which it was created. Its uniqueness and the rare and unusual conservation challenges it faced, allowed building strategic collaborative relations between interdisciplinary and international experts for its preservation”, the Jury emphasised.

EU-LAC Museums is an international team of 35 museum professionals, researchers and policy makers across the European Union (EU) and Latin America and the Caribbean (LAC). Since 2014, this international collaboration has jointly developed new wisdom about museum community development, youth work, and digital curation, to examine and promote a vision of museums focused on community needs. To date, this project has successfully set-up exchanges and improved relations between 154 countries with 108,365 people engaging in person or online with the project activities and its web portal.

The Jury praises the value of the intercultural, intercontinental and international relations created and sustained by EU-LAC Museums: “EU-LAC is a well-established international network that shares cultural values through the management and care for cultural buildings and monuments. Not only do they represent an international collaboration between expert organisations, the network gradually built a community with many smaller organisations in several cultural sectors in different parts of the world, creating a common language through the identification of a common goal.”

Being co-funded by the Creative Europe and the Horizon 2020 programmes, the ILUCIDARE Special Prizes are a concrete example of how synergies can be built among EU programmes to enhance their impact.

The press release announcing the 2021 ILUCIDARE Special Prizes shortlist is available in 8 languages.

Resource
9 new projects are shortlisted for the second edition of the ILUCIDARE Special Prizes! Here you can find the press releases in 8 linguistic versions: original in English and translations in Arabic, Spanish, French, Italian, Dutch, Norwegian, Serbian.